NEC Power & Pumps, in short NEC P&P, is part of the NEC GROUP of companies which is engaged in various engineering activities in Namibia and beyond.
Presently there are two major operating companies, NEC STAHL – which is a steel fabricator with strong focus on the mines – and this company, NEC P&P.

The NEC Group in turn is owned by the ITTUR group which is the Namibian subsidiary of the Swedish ITTUR AB owned by industrialist Johan Hansen.

NEC was a family company since it was founded in 1958 by Johann Albrecht Brückner as the then South West Engineering company , later known as SWE.  Initially the company was an engineering sales and services operation for pumping and power generation and in later years renewable energies – in the early years mainly for the farming community but later expanding to the mines.

Over the years the company branched out to steel fabrication and construction and later armature rewinding with the customer base again being largely the mining industry, although quite a few custom made structures like towers, telescopes bridges (amongst others) have been built over the years. The size and lifting capacity of the steel factory has given NEC a competitive edge in Namibia over the years.

With the unfolding energy crisis renewable energies have grown in importance over the years and now form a core component of NEC’s business.

In 2007 the company achieved the strategic aim of broadening its capital base, by the Swedish ITTUR group taking up a majority stake in NEC.  In 2012 Ittur acquired the remainder of the shares from the Brückner family.  At the same time the group disinvested from the armature rewinding activity.  The remaining core operations have been rebranded with their own identity as: 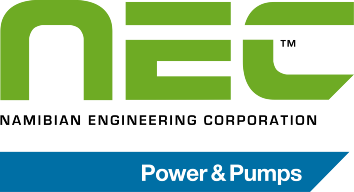